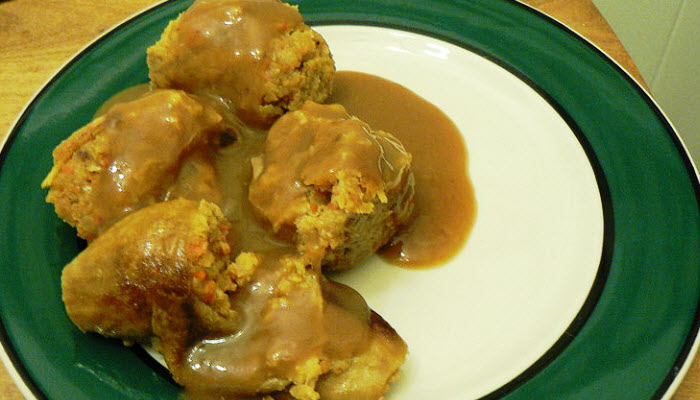 A classic, old-time side that’s as delicious and flavorful as it ever was.

The Backstory: I was raised on Jewish soul foods. This included Stuffed Derma (Kishka), chopped liver, chicken soup, and a whole bunch of foods that today’s younger generation snubs their noses at.  They don’t know what they are missing.  By today’s standards, these traditional foods are considered unhealthy because of their high salt and fat content. Feh.  I say, eaten in moderation, they can and should be enjoyed. More of the Backstory after the recipe… 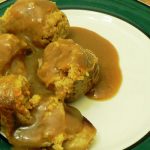 Before you even bake this tasty side dish, the aroma from the spices just makes you want to skip the cooking process. Since that is not going to happen, you just have to be a little patience. When they come out of the oven they are dark in color and a little bit crunchy, the taste is unbelievable..
Course Sides
Cuisine Jewish
Prep Time 30 minutes
Cook Time 2 hours
Total Time 2 hours 30 minutes
Servings 8 people

…The Backstory continues: When I was growing up, kishka  was a staple at every wedding, Bar and Bat Mitzvah and holiday dinner I ever attended.  In those years, (I’m talking about the late 1940s through the early 1990s) the menus for these simchas were pretty much overseen by the parents.  Yes, couples had a say in most things, but not usually in the foods that were going to be served.  And at a wedding? Our parents were paying the bills, our relatives were elderly and kosher, and so the menus were traditional and set by our parents, not by the bride and groom. It didn’t matter whose affair you went to, the menu was almost always identical.  The only difference was the star of the show: prime ribs or chicken.  And if it was prime rib it meant that the parents were going all out for the affair.

Years after I got married, I would serve kishka  whenever I had the family over for a holiday dinner.   I haven’t served a major holiday meal in years, but if I did, kishka would be on the table with all the rest of those artery-clogging foods.  Moderation, my friends. And tradition. 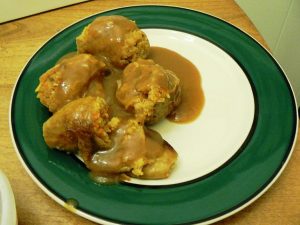