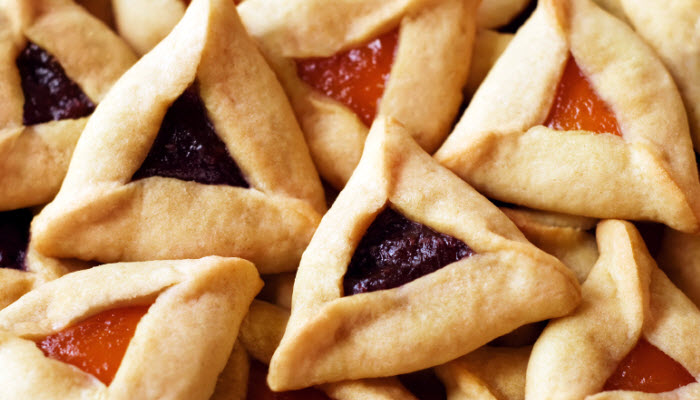 Purim is a happy and celebratory Jewish holiday loved by children and adults alike. It is best known for eating Hamantaschen, wearing costumes, waving noisemakers, and playing games. Kids love it because it’s truly one of those light-hearted times when they get to experience a Halloween-type of holiday in the spring and get their silly on (as if they needed an excuse). In reality, Purim celebrates the Jews survival of a near-certain death at the hands of Haman, the right-hand man of the king of ancient Persia.

In the Megillah, also known as The Book of Esther, we learn how Haman hated the Jews because Mordechai would now bow down to him. Haman was so offended by this he convinced the king that all the Jews should be killed as they posed a threat to the king’s authority. However, Mordechai’s cousin, Esther married the king and cleverly found a way to use his love for her to save her people from Haman’s evil plan. Smart cookie. Or shall we say smart hamantaschen?

It is believed that while Queen Esther lived in the palace she only ate vegetarian foods to avoid consuming anything that was not Kosher. For this reason, our Purim foods are typically dishes comprised of fruits, vegetables, and grains. And of course, hamantaschen! Let the fun begin!

Dishes for the Buffet: 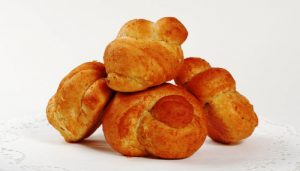 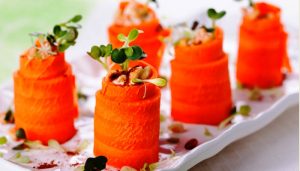 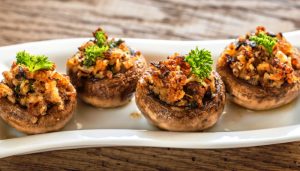 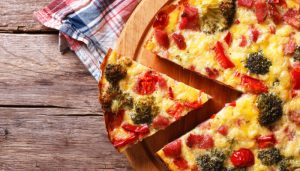 Couscous with Spinach, Onions and Tomatoes 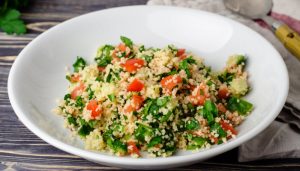 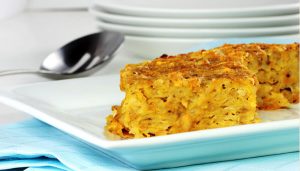 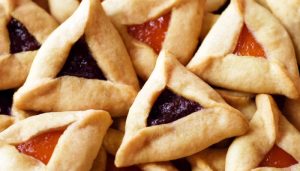 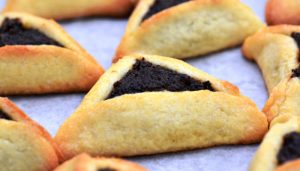