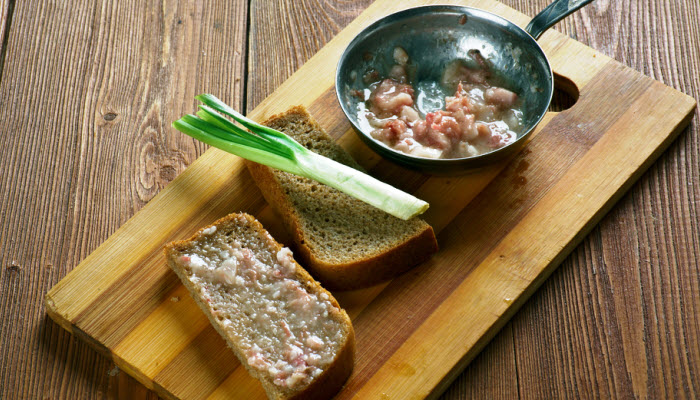 This recipe for schmaltz and grebenes will give you a taste of the past (for those who remember!)

The Backstory: This is definitely a Jewish thing.  And what you might call an acquired taste. Mention it to someone who is not a “member of the tribe” and watch the looks you will get. If you were not raised in a Kosher home you will probably wince at the idea of this artery-clogging food. It’s understandable. More of the Backstory after the recipe… 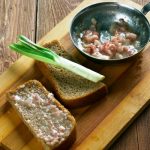 Yellowish in color, with pieces of fried chicken skin and onions that gives it the flavor, you will delight in a taste of the olden days.
Course Appetizer, Lunch
Cuisine Jewish
Prep Time 5 minutes
Cook Time 5 minutes
Total Time 10 minutes
Servings 4 servings

…The Backstory continues: And let’s be realistic: Schmaltz and gribenes isn’t exactly a staple in Kosher homes anymore. Schmaltz alone has been replaced by olive oil, canola oil, and a host of other refined spreads and oils. However, I believe that once in a while you can indulge in the tasty foods of your early years and bring back memories.

I remember, one time in particular–I was about 10 years old. The year was 1951.  I was at my friend Sherry’s house.  Her grandmother, who was in her mid 80’s was having matzo with chicken fat and a cup of coffee.  We girls joined her and smeared our matzos with this spread.  Believe it or not, this was the first time I had a cup of coffee. I never forgot that time.  And I never forgot Sherry and her grandmother.