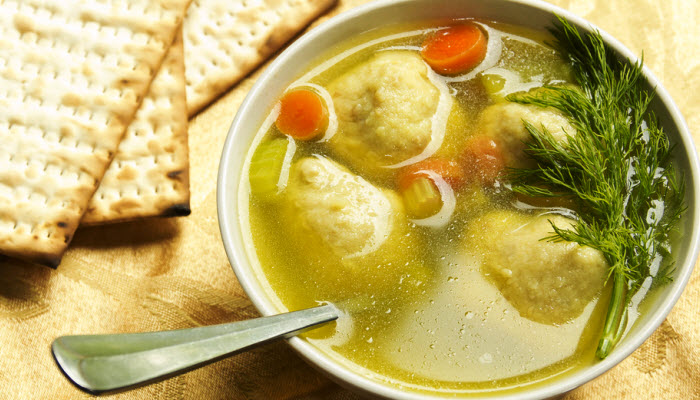 The Backstory: First, I promise that this is a true story. When I asked my mother for her chicken soup recipe, she said: “I’ll have to measure and get back to you.” I said, “How is that possible? You’ve been making this soup for a hundred years and you don’t know the measurements? You sound like Grandma!” More of the Backstory after the recipe… 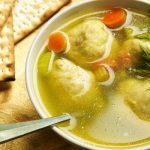 Good for the soul, Jewish penicillin, the ultimate chicken soup that will warm you up and make you feel like you're home with Mom (or Grandma).
Course Soup
Cuisine Jewish
Prep Time 25 minutes
Cook Time 2 hours
Total Time 2 hours 45 minutes
Servings 8 people

For the Matzoh Balls

For the Matzoh Balls

…The Backstory continues: To which she replied: “When your father and I got married, I was making my first Thanksgiving. It was the same year  we got married, 1959. I asked my mother for her recipes so I could make dinner. One of them was for chicken soup. The woman never measured anything. Her answer to me was “Take a pot and put water into it. “How much?” I asked. “Take a glass and add about 8-10 glasses to the pot,” she said.

“How much salt should I use?” my mom asked my grandmother.

“Open your hand and pour some in,” came the reply. And the same for pepper and so on. My mother said that my grandmother told her to “adjust everything later” and that this was her advice for pretty much every recipe she gave her that day.

So, when I called my mother, some 54 years later and asked for her chicken soup recipe, it makes sense why her response to me was, “I’ll have to measure and get back to you.” Honest to God, my mother used the same drinking glasses she has been using all these years, dumped ten of them into a large measuring cup to get the exact measurements and did the same with her seasonings to come up the the measurements for this recipe. It was the first time in 54 years she ever measured anything to make this soup.

P.S. She says that if you don’t like something, “adjust it later”.