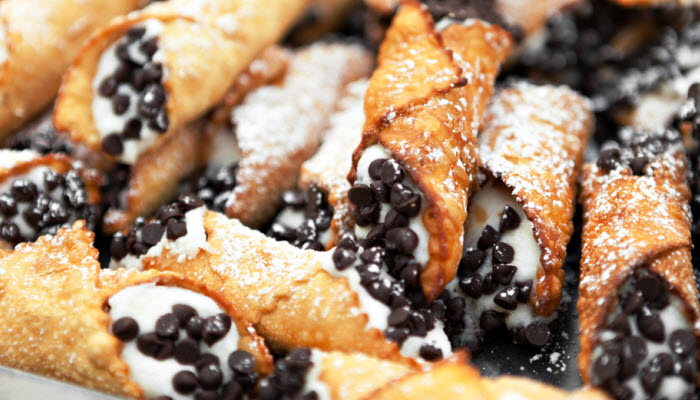 I’m not sure how Jews originally began their love affair with Italian food, but for this writer, I know how it all began. At the age of seven, my parents moved from Brooklyn to Staten Island (what they then considered ‘the country’, go figure), and to what was, I soon discovered, basically a continuum of people who also made the migration from other crowded Brooklyn communities in search of a more suburban, peaceful lifestyle.

Loosely translated: massive numbers of Jews of Eastern European descent and massive numbers of Catholics of Italian heritage met each other on the other side of the Verrazano. We all lived side by side in new construction. Our parents were on the PTA together. The kids went to school together. The moms played cards or Mah Jongg and there was always an Entenmann’s cake on the counter, no matter whose house you were visiting. Somehow, we all grew up together. If one of us had Chanukah, a few doors down there was a Christmas celebration going on, and everyone was always welcome.

Platters of cookies and cakes and latkes and gifts went from house to house. Recipes and foods and families grew up together. We learned each other’s traditions via osmosis. I watched my friend Gina’s mother make gravy (as she always called it, never sauce) as far back as I can remember…seventh grade, perhaps? I learned that fresh basil and fresh mozzarella was used for pasta fillings and that jar sauce was for making pizza bagels with your friends for a snack, but never for pasta. This was what I understood to be assimilation of culture.

In New York, people would say things like “My neighborhood is Jewish and Italian” not “Jewish and Catholic.” It’s just how it was. The focus was on the culture, not the religion. The focus was always on the family and the food. I can’t count the number of times I met someone who asked if I was Italian, and when I said no, their next comment would be, “Then you must be Jewish,” again, pairing a religion and a nationality, a heritage, a culture, as similar things. If this happened to me once, it has happened 50 times in my life. Maybe more.

I’m convinced it all comes down to the food. I know my way around a good marinara the same way I do around a noodle pudding, because they are both important to me and my family. They are equally loved and valued. My daughter’s eyes light up as the sight of a baked ziti hitting our dinner table the same way my son’s eyes sparkle when he sees a plate of freshly baked Hamentaschen.

Maybe it started back in Brooklyn or maybe there’s just something about Jews and Italians. See? Now I’m doing it.

P.S. As I went to finish this blog, my husband was sitting nearby. Knowing how much he loves cannoli, I showed him the image I was posting. “Oh man, I just want to bathe in that!” he said. FYI, he’s the son of a rabbi. Go figure.