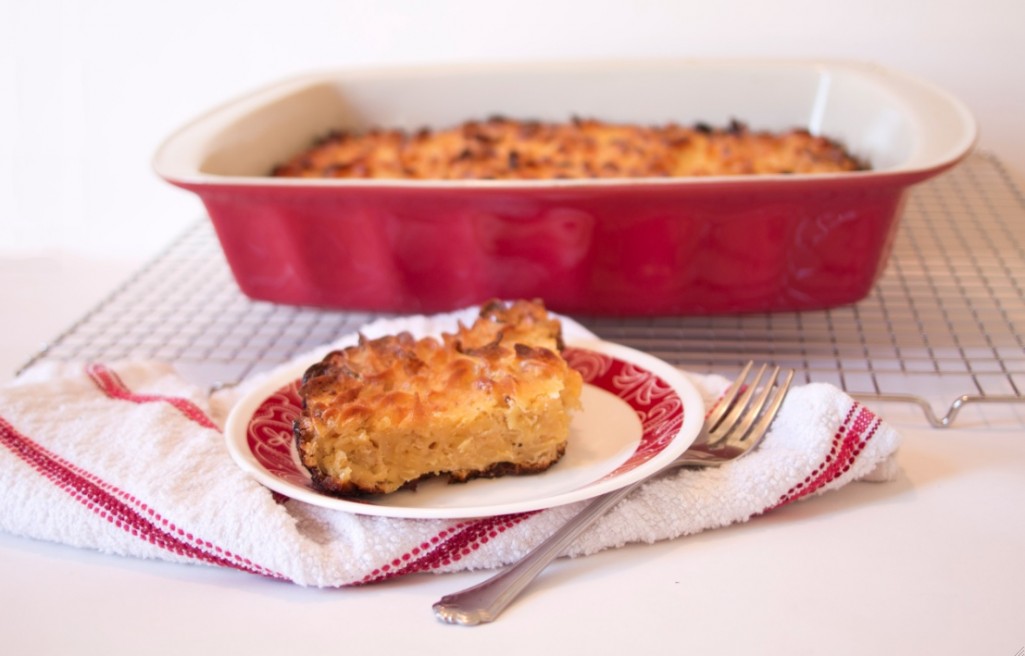 The Backstory: At many a Shabbat or Yom Tov table is a dish that often sits in the shadow of a main course, soup or Challah. Perhaps Kugel is often underappreciated because the Jewish staple is just that – a staple. More of the Backstory after the recipe… 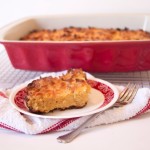 This sweet and decadent dish is a classic version of everyone's favorite holiday side. Rich, creamy, and made with traditional ingredients including raisins and cinnamon, it's delicious, foolproof, and certain to be a hit at your next holiday gathering.
Course Brunch, Sides
Cuisine Jewish
Prep Time 15 minutes
Cook Time 45 minutes
Total Time 1 hour 5 minutes
Servings 12 servings

…The Backstory continues: The history of Kugel is extensive and the dish has undergone many changes over the years. Initially a completely savory dish, the Germans introduced noodles to the mix. Later on, the Polish added raisins and cinnamon, so now we have a tasty baked casserole. Crisp outside and moist within, Noodle Kugel is such a wonderful part of the table.

Kugel adaptations include potatoes and pumpkin or yams, but I decided to make the old-fashioned noodle version with lokshin (wide egg noodles). Extremely quick and easy to prepare, I highly recommend giving this recipe a whirl.

Funnily enough, in South Africa, a kugel is the slang term for a diva-type or Jappy woman. I suspect after eyeing over these ingredients, a true kugel may not tuck in, but I recommend you do!