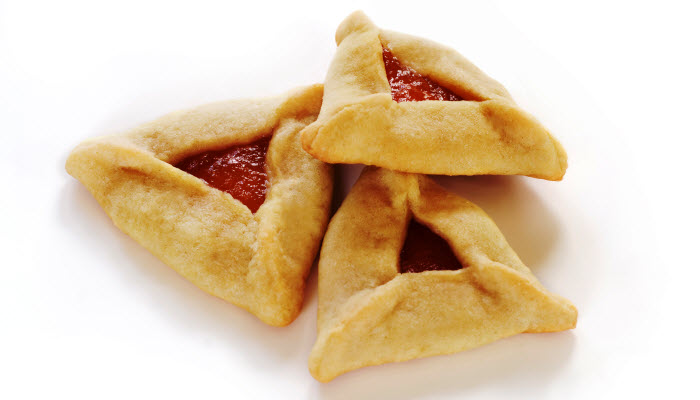 Just about the easiest (and most scrumptious) Hamantaschen recipe you’ll ever find.

The Backstory: Purim is a wonderful time of year – we dress up, make some noise and enjoy these delicious cookies. More of the Backstory after the recipe… 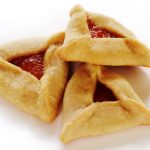 …The Backstory continues: These triangular-shaped delights are named after the biblical villain, Haman, who plotted to murder all the Jews in the Persian kingdom. Thankfully, Queen Esther and Mordechai foiled Haman’s plans, which led to his execution.

The Yiddish term Hamantaschen means “Haman’s pockets,” which relates to the bribe money Haman paid in exchange for permission to kill all the Jewish people, while the cookies’ shape is modeled after the evil man’s three-cornered hat which he was said to have worn. In Israel, however, Hamantaschen are known as oznay Haman or “Haman’s ears,” after the alleged custom of cutting off criminals’ ears (his were cut off before he was killed).

By either name, these biscuits are eaten to celebrate the holiday and the Jewish victory, thanks to Queen Esther and Mordechai. They can be filled with fruit marmalade, cheese or poppy seeds. The generous use of nuts and seeds during this holiday represents Queen Esther’s diet while she was in the King’s palace.

While they may seem difficult to make, I can assure you that they aren’t and they definitely taste better than store-bought versions. Enjoy the festive time of Purim and make the holiday even more fun by getting the whole family involved in making these scrumptious cookies.